World Record Club was founded in 1956 and did not distribute via record shops. Customers purchased from their catalogues, and their products were a great deal cheaper than full price labels such as HMV & Decca, but their quality was high. In 1965 EMI bought World Record Club, so all subsequent issues are EMI pressings. They were involved before that, and I suspect that all the stereo issues were EMI pressings. I haven't found the evidence for that but the sound quality indicates that they are EMI pressings.

Many of their stereo issues were UK pressings of US recordings, such as Everest & Westminster. In particular the pressings of Everest recordings such as ST 98, Stokowski conducting Tchaikovsky, give much finer sound. Some were re-issues of prized SAXs and ASDs with the original matrices, such as ST 634, the reissue of SAX 2368, Giulini conducting Tchaikovsky Symphony no 6, and ST 678, the reissue of ASD 493, Shuricht conducting Bruckner's Symphony no 9. Others were World Record Club's original recordings, such as SCM 50, Holst Choral Fantasia and Finzi Dies Natalis, and ST 559, Cherkassky playing the Schumann & Grieg Piano Concertos.

World Record Club stereo prefixes can be confusing. The main ones are ST, STP, and SCM. SCM is the prefix for their Recorded Music Circle, which issued mostly chamber music. Opera recordings have the prefix SOC. It's also notable that some of their mono-only issues are well worth acquiring such as T 428 and T 438, both conducted by Inghelbrecht, and T 58, Cherkassky playing Schubert, Schumann & Liszt 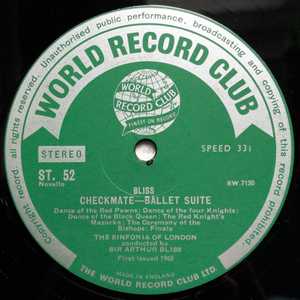 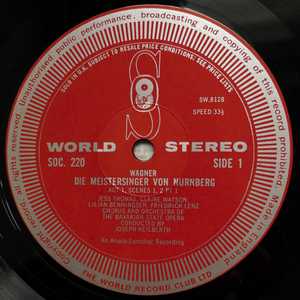 The later ST & STP label is black and orange 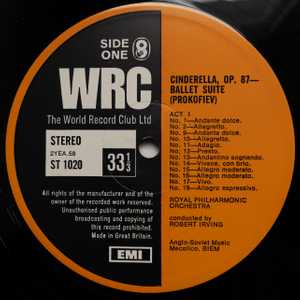 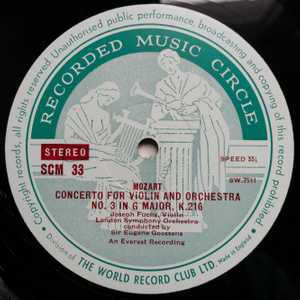 See all the World Record Club records I have in stock